Welcome back to the series! This time we’re going to look at the Slayer of Yondershire Deed in LOTRO. Unlike most expansions, the slayer deeds in the low-level “standalone” regions are much less onerous. At least, in theory. There are only three main groups you’re aiming for in Yondershire: Insects, Enemies and Beasts. Enemies that aren’t Beasts or Insects, obviously! Now, a lot of the countryside in this region is beautifully varied, meaning you can progress deeds all over the place. That said, I’ve made version one of my slayer deed map to help you find “pockets” of relevant targets. Let’s get to it!

Rather than force you to find a few thousand of one type of bug, LOTRO have kindly grouped them all into one Insect-Slayer deed.

As far as I can tell, there are only two types of insects that count for insect-slayer: 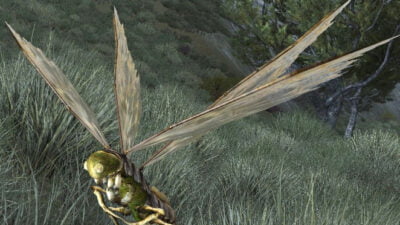 Note: Harvest-flies also count towards the Harvestfly-slayer Deed, part of the Slayer of the Shire Deed. Keenshear is a named Sickle-fly who can be found in the marshy area on the very West edge of Yondershire. If you can avoid taking it down as part of Insect-Slayer, please do. While it counts towards the deed, it’s also a target for the quest Gamwich Game Hunter

How Many insects Do I Need?

Whatever works for you! However, if you’re questing here and not simply clearing the deeds I have a suggestion. As you roam, take out whichever bugs stand in your way and sort of gradually clear it.

While I have given a couple of places in Where Are They, Yondershire is a big place so you cannot quickly grind out this deed.

Where Are The Insects?

Most insects are in and around grassy and hilly areas, with some dotted here and there in woodland. While most are away from civilisation, some neekers venture close to towns too. Here are a couple of “hotspots” for you, though:

There are about 8 or so Harvest-flies in/around this small ruin near Tham Amothir.

Fighting off insects and critters is one thing, but when ruffians rock up in Yondershire and seem to be changing the bounds, then that calls for a petition! While the Hobbits do that, how about you take action?

The Enemies of Yondershire deed, if you do it “right” (my opinion), will let you see many different ruins. You may as well run Sites of Yondershire at the same time, to be honest. I’ll also say straight up: if you do all the quests you won’t have to think about clearing this deed! 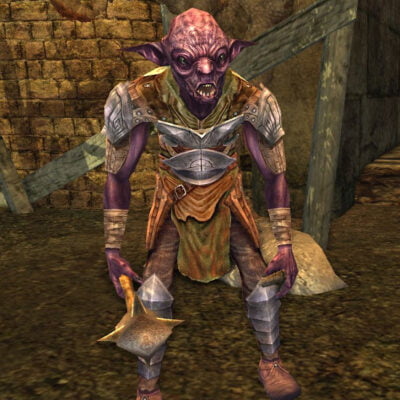 Note: these also count for the Goblin-Slayer part of the Slayer of the Shire Deed. 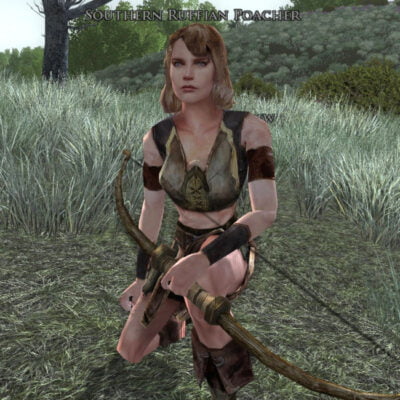 Note: these also count for the Brigand-Slayer part of the Slayer of the Shire Deed. Boggarts are so considerate! They wander around all over the place in nice groups of three or four so that you can progress your deed more easily!
Half-Orcs How Many Enemies Do I Need?

While you can find wandering boggarts and the occasional lost half-orc here or there, you’re best to focus on strongholds. By this I mean ruins which these Enemies have made their bases of operations.

Where Are the Enemies?

This aspect of the Slayer of Yondershire Deed is the quickest to clear because of the ruins being held by Enemies. I decided not to map Boggarts because they’re all over and they move around. But also because the main forts/ruins are so full of Enemies that Boggarts are bonuses, rather than worth focusing on.

For this part of the Slayer of Yondershire Deed, you’ll receive:

For a start, the countryside of Yondershire is rich. So you will often find a mixture of creatures. This is great from a world-building perspective, but a challenge if you’re trying to clear one particular deed. The upside of this mix is that if an area contains beasts, insects and, say Boggarts, you’re progressing all the deeds at the same time. 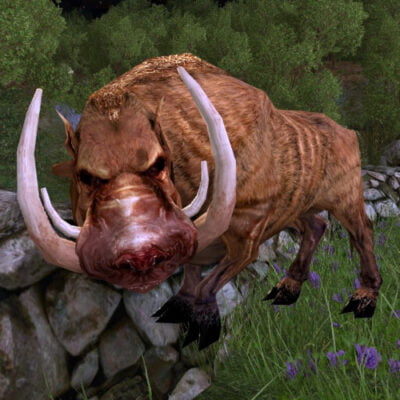 Note: these also count for the Wolf-Slayer part of the Slayer of the Shire Deed.

How Many Beasts Do I Need?

I’ve given you some “hotspots” where pockets of animals can be found. Though, seriously, go wandering, questing and exploring – and progress the Slayer of Yondershire Deed at the same time. That’s pretty much how I did it.

Where Are the Beasts?

This is trickier to explain because the short answer is “everywhere except in villages”. And even that may not always be accurate, as I’ve seen Shrews venture pretty close and there are boars in one particular farm!

“Bear Den” (23.2S, 85.7W)
It’s not labelled on the in-game map, so I’ve just given it that oh-so-imaginative name. However, there are about 15 bears, so I’ve marked it on my Slayer of Yondershire Deed map below. In the wood just South-East of Gamwich you can find various bears. Also, South of Long Cleeve is a stretch of wood containing wolves and bears. For this part of the Slayer of Yondershire Deed, you’ll receive:

Here is Version 1 of my Slayer of Yondershire Deed Map. I may alter/add to this over time. I did try to scout the whole region while mapping this, but because the region is vast, the chance of me having missed something is high! If you spot a high concentration of any of the above mobs that I’ve missed, please let me know, and I’ll thank/credit you here.

Once you have finally conquered all the above, you’ll be rewarded with:

You’ll also notice there are no

LOTRO Points available for completing this deed. This is true, as far as I can tell, of all the Yondershire Deeds.

Rawr! If this guide did invoke a TL;DR reaction, then just jump back to my ↑ Deed Map – and follow that. The Slayer of Yondershire Deed is not difficult, but with beasts especially, you have to do some travelling and scouting. Sounds like a good reason to enjoy the Sights/Sites of Yondershire and #StopAndStare a bit too. Thanks for reading!