Jedi Consular in SWTOR encompasses the two arts of Sage and Shadow. You start the Consular class story on Tython in the same place as Jedi Knights. As your story moves on, and you explore more and more of the Galaxy, other characters will join your crew. These NPCs are called Companions and will be able to fight alongside you and also undertake crafting and gathering Crew Skills missions.

So here are the original SWTOR Jedi Consular Companions, when you obtain them and also when/where the post Fallen Empire reunions are. I have put them in alphabetical order so they’re easier to find, rather than in the order you meet them. Enjoy!

When Do I Get Consular Companions?

If you’re new to SWTOR, then this question is understandable. Along with “when do I get my next companion because this one sucks” or something like that! The way it generally works for the class stories in SWTOR, is that an NPC becomes your companion from the class missions from a particular planet. This can happen during that story, or at the end of it.

Although I have written some character background, I’ve tried to keep it spoiler-free. Videos do not auto-play and you can choose whether or not to click external links (marked by a

Which Consular Companions Can I Romance? When the base game was brought out only “opposite” gender romances were possible. By “gender” I mean the one you choose for your character when you create them, not in relation to what their gender identity might be. So, for the Jedi Consular, the available class companion romances are:

That said, see the reunion notes also for these characters. When it comes to later expansions, some NPCs become available for romance regardless of your character’s gender setting. Or, you can choose never to romance anyone, or save it for a different companion in a later expansion, of course. And yes, you can cheat on your “romance” with later NPCs if you want to. It’s your character, not mine! As part of wrapping up the story on Coruscant, the Jedi Council grant you access to your own starfighter. While not exactly the most attractive ship the Republic has to offer, it comes equipped with a protocol droid called C2-N2. While he may protest that he cannot fight, years ago, SWTOR changed that and you can call him to combat the same as your other Jedi Consular companions.

Conversations have no impact on influence for C2-N2. However it seems that companion gifts classified as cultural artifacts or technology are the best types for him.

You can choose to be reunited with C2-N2 part way through Knights of the Fallen Empire. As soon as you’ve got yourself sorted on Odessen, you can find him in the common area (not in the Alliance Base). His reunion Mission is Inflicting Comfort, where the droid wants to make life better for the Alliance leaders but not sure who would appreciate his gifts! Click tap on the image below for the guide: Felix, or more accurately, Lieutenant Iresso (as his official companion name is) joins the Consular after an operation on Hoth. He has been in the Republic miliary a very long time and has had success in a few major operations. That said, it seems like he doesn’t stay in any one unit for very long. Whether that’s purely his choice or that of his superiors isn’t clear. But he is loyal to the Republic – and to those he (currently) fights with.

Felix Iresso is a reunion that takes place after the events of Knights of the Eternal Throne. He appears as an Alliance Alert with a Mission called Jail Broken. Here’s my video of the non-romanced reunion of this Jedi Consular companion. SWTOR Felix Iresso Reunion Mission Jail Broken Video
While I have not tested this, and I can’t easily find an answer on YouTube, some returning companions can be romanced by the related class. And this seems to be regardless of whether you had a romance already or what gender your character setting is. I’ve not tried on a male Consular, given my main character is married to Nadia. Nadia Grell comes from the world of Sarkhai, which I believe is a BioWare invention, but one where Force users are rare. When you first meet Nadia, she is driven by her feelings and this in turn affect how she uses her powers. Because no training was available on her homeworld, her father – a Republic Senator – wanted to find a Jedi for her to train under. And likely get her to temper/control her powers too. While she aggressively, angrily defends those she loves, she is also tender and compassionate and wants to learn about the Force and Jedi ways.

You can recruit Nadia after the events of Jedi Under Siege on Ossus. This is my video: Watch: Nadia Grell Romanced Reunion (Video)
I believe Nadia can be romanced regardless of the gender setting on the Jedi Consular and whether you had a previous relationship with her or not. I’m happy to be corrected. Qyzen Fess is introduced almost immediately when you start the Consular story on Tython. His friendship with Master Yuon gives him access to the Jedi Temple (so long as Yuon is with him). but most distance themselves from him. It doesn’t help the opinions Jedi hold of Yuon either. Being Trandoshan, his life is about the Hunt – finding and defeating worthy prey. This way of life is devoted to the Trandoshan deiess, the Scorekeeper, with successful, honourable hunts earning Jagganath Points for her. You can recruit Qyzen Fess to your Alliance, regardless of whether you’re a Jedi Consular or not. And, I think, if you were at least Influence level 10 before Knights of the Fallen Empire (not difficult to achieve), he can simply join you. His recruitment alert Stalking the Score (which is a requirement for non-Consulars and optional for Consulars) takes place on Hoth. There you must hunt “Worthy” targets.

, which contains extra details and some helpful maps. These are especially useful if you want to solo this rather than go after World Bosses. Tharan is the Marmite of the Jedi Consular companions. Either you love him, or you hate him! He is an eccentric scientist that you meet on Nar Shadaa while investigating the disappearance of a Jedi Master. While handy to have around, don’t “wave your hands around like you’re some kind of Jedi”. If he was a smuggler he’d be the “hokey religions and ancient weapons are no match for a blaster by your side” kind of person. I once ran the Tharan Cedrax romance. It goes something like this: you’re a real woman and Tharan likes beautiful women. You get together, have a fling. Then Holiday starts electrifying Tharan’s bed among other things. Tharan realises he really loves Holiday and so ends the relationship.

Yeah, my already almost-dark Consular did not react well to being upstaged by a techological projection.

You can be reunited with Tharan after the Flashpoint Operation Meridian on Corellia.

Unfortunately, Holiday is not with Tharan at the time. He has a different hologram that helps him out, while Holiday galavants everywhere else. Though they’re still in love, as far as you can tell with such things.

Here is a video, from a creator that only has a few views on this reunion: You meet Zenith at a difficult time for Balmorra. The whole planet is at war, whether with the Sith Empire or with Colicoids, or both. Zenith leads the Balmorran Resistence and is hardened by battle. But he’s also hardened against other people too and mistrusting of almost everybody. You must work with him and the Resistence to bring an end to the main Imperial offensive, before he becomes one of your Jedi Consular companions. If you like RP-ing, run the planetary arc on Balmorra too so you get the full battle for the planet.

Given I am still catching up on the post-Onslaught content, I have yet to run the reunion mission for Zenith. However, SWTORista has an overview on her full Zenith Guide

. and also one on a sort-of-romance with him How Do I Increase Companion Influence?

The level of influence for all your Jedi Consular companions affects their combat performance, as well as the efficiency and results of crafting and gathering crew skills missions.

Although I likely need to update this now, please do see my How to Increase Companion Influence guide for more information!

TL;DR You’ve Got All the Jedi Consular Companions
But You’ve Only Just Started the Collection!

So, now you have all six “classic” SWTOR Jedi Consular Companions. But why stop there when the galaxy is full of people you could recruit to be your slaves helpers? If you have a bajillion credits you can find droid and creature companions on GTN, or maybe just buy one from the Cartel Market (that may be less painful, actually!).

And once you start Knights of the Fallen Empire expansion, that list will practically explode. Just remember you can’t get along with everyone all of the time, so not being at maximum influence is AOK! May the Force Be With You, folks. 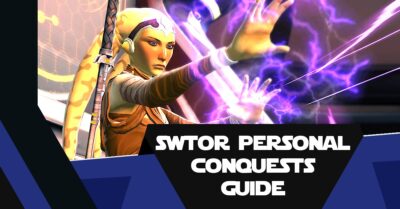