The Moogle Tomestone Event is one that comes around at random times, usually in the build-up to a large-ish game update. Unlike some FFXIV Events, there’s no accompanying storyline or ‘free’ rewards. However there is always plenty up for grabs in the Treasure Troves, so here’s my guide to the Hunt for Verity in 2022 so you can rack up those Irregular Tomestones of Verity!

What is the Moogle Treasure Trove?

The basic premise behind the Moogle Tomestone Event is for you to take part in group content and earn Irregular Tomestones. Each time this style of event runs, the name of the Tomestone changes, so you can’t really bank them up for the next event.

When is the Current Event?

The last Trove was The Hunt for Verity. It began on Monday 25th July 2022 at 8am GMT and ended when Patch 6.2 was launched.

No announcement about the next one has yet been made – and usually a fair amount of time passes between versions.

What Does Not Count

Irregular Tomestones of Verity. If you consider the premise it to join with other players to earn the Tomestones, then these will not be a surprise.

You cannot earn Irregular Tomestones of Verity with: How to Get Irregular Tomestones

While the official page lists them in order of the number of Tomestones, I’m switching to a different layout. The reason is that lower-level characters and players can see more easily which duties they qualify for.

While I’ve given a grouped list below, it’s made easier for you in Duty Finder. If a particular one has a disembodied Moogle head next to it then you know it qualifies for the Moogle Treasure Trove. Not at all creepy.

Anyway, you can see in the list below how many Irregular Tomestones of Verity

you get for each duty. I’ve used an icon rather than repeat the name of the tomestone over and over, because, well, that’s boring. Enjoy! Last time this event ran I used it to go through Sky Pirates (Raid) for the first time. So if you’ve been putting off doing the raids, now is a good time to experience these stories. For this round of The Moogle Treasure Trove, it’s the Rabanastre and Alpha/Omega questlines.

I cannot believe I had no screenshots of the Rabanastre maps when I first made this Moogle Event guide! I’ve been running these Raids for Irregular Tomestones and have at last popped on in the raid list above.

Unfortunately it is going to be grindy if you’re Level 50 and under. This is because you only have two dungeons and Castrum Meridianum and The Praetorium MSQ available to you this time. Check the next Moogle Hunt though, as sometimes the Crystal Tower Raids are included.

What I would say is focus on rewards you cannot acquire another way. If you see the mounts section under Rewards, some of those have alternative methods, such as Tribal quests.

As I have done nearly all of the above duties at least once but have no experience of PvP, I’ll just list these with links to (hopefully) useful resources.

The official page says PvP will award 3 or 4

irregular tomestones of verity. Is that 3 if you lose but 4 if you win? Either way, the relevant PvP duties are:

The rewards available for each Moogle Treasure Trove changes/rotates. Often new items are added, and then others from previous hunts are included too.

The barter vendor for these events are Itinerant Moogles. They used to only be active during Treasure Troves, but they’ve been a permanent feature for quite some time now. You can find itinerant Moogles in many places. If you have previous events’ tomestones hanging around in storage, you may be able to exchange them at the Itinerate Moogles. During The Hunt for Verity, you can turn in Irregular Tomestones of Scripture.

For the full list of rewards for these tomestones see ConsoleGamesWiki

Here are the rewards available for irregular tomestones of verity


See the for screenshots.

See the tab for screenshots of glamour/gear items.

Mounts for Irregular Tomestones of Verity

I haven’t quite got all of the mounts, but I nearly have! I have finally been able to add the Ufiti Mount to the collection. Enjoy!

Gullfaxi is also possible loot for completing The Navel (Extreme)

The Bomb Palanquin Horn can also be obtained for

120,000 from the Kobold vendor once you have reached Trusted standing with the 789th Order tribe.
Elbst – 30

120,000 once you have reached Trusted standing with the Novv’s Nursery tribe.
Markab – 30

I’ll add the Round Lanner, once I have enough Irregular Tomestones of Verity. Right now, I don’t!

Unfortunately, not being great at grinding, I will only be able to get a few items from the Moogle Treasure Trove. I’ve nearly got enough Tomestones for a few higher-cost things though. Until then here is a selection of the Gear/Glamour items.

To save me typing up the entire list, when most of you care about the newest tomestone exchange, here’s the Moogle’s barter list for Irregular Tomestones of Scripture:

TL;DR Dive In and Enjoy the Moogle Treasure Trove

Use this event as an excuse to level those classes you’ve been neglecting, and gain other rewards in the mix. Some people are super-dedicated to grinding this. I tend to pick one or two rewards to aim for and then stop. Whatever suits you, enjoy the Moogle Tomestone Event – The Hunt for Verity until patch 6.2! 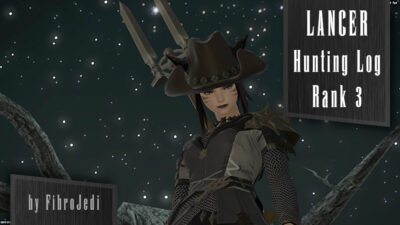 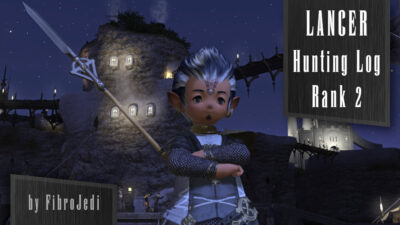